Port Geographe is a canal and marina development just east of Busselton in WA’s South West. Since its construction, the marine entrance has been plagued with sand and seaweed build up causing environmental and health problems, erosion and ongoing maintenance costs to remove the sand and seaweed.
A study commissioned by the Department of Transport and Shire of Busselton stated that; ‘a re-configuration of the coastal structures at Port Geographe was needed to alleviate problems of seagrass wrack accumulation, siltation and erosion.’
The project involved the removal of the existing groynes, creating new breakwaters and realigning the foreshore and marina entrance. This is intended to assist the natural bypassing of sand and seagrass, while also improving beach access.
The construction was undertaken in a joint venture between WA Limestone and Italia Stone.
Trimble GCS900 Machine Control and HydroPro Marine Construction Systems supplied and installed by SITECH WA were used extensively on the project.
Komatsu PC1100 & PC1250 Longreach Excavators fitted with Trimble GCS900 machine control were used to remove the existing groyne rock and place it as per design for the new breakwaters, accurately and efficiently. In total approx. 300 000m³ of material was moved during the project.
A dredge vessel fitted with Trimble HydroPro was used to accurately dredge out the seafloor – as per design – for the new breakwaters and the navigation channel at the marina entrance.
A boat installed with Trimble HydroPro survey software was used to accurately survey the sea floor to create digital design models to monitor dredging and ensure that all rock is removed from the old groyne locations. Survey data can be viewed against design in real-time whilst on the vessel to coordinate dredging activities and material placement.
Chief Surveyor for WA Limestone, Steve Chambers says: “Trimble Machine Control and HydroPro Marine Survey Systems have helped us to complete all aspects of the Port Geographe construction project reliably and accurately.”
“The team at SITECH WA were able to supply, install and offer ongoing support for our Trimble HydroPro system. Having both machine control and the Trimble HydroPro system onsite with accurate real-time survey data definitely helped deliver the project to our client’s requirements, I would happily recommend Trimble and the team at SITECH WA.” 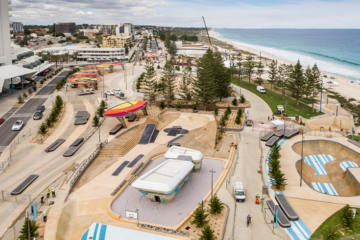 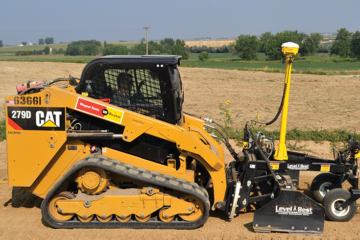 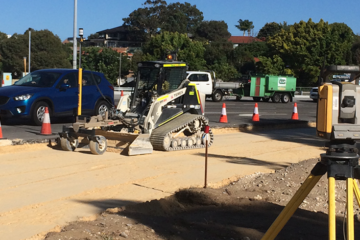