(Article approved by Kim Riley, Managing Director – Lancelin Sands):
Lancelin Sands, established in 1981, is a family-owned and operated earthmoving and sands supply company operating just outside of Lancelin.
Kim Riley started the quarry with a single CAT 930 loader. Back then, he manually tracked the number of loads leaving the yard throughout the day. Along with everything else he was doing, Kim also had to ensure reporting accuracy otherwise he wouldn’t get paid. As the quarry grew the need for more accurate loading was required. After starting out with another brand/system, Kim took delivery of his first Loadrite system in 1997 and has never looked back.
Lancelin Sands now has five Loadrite systems in their fleet ranging from the original LR916 system (1997) to the newly updated L2180. Kim specifies his Loadrite systems be “certified for trade” meaning he can legally sell his product based on the Loadrite measured weight direct from the quarry. This reduces his overheads and eliminates the need of having a certified weighbridge on site. Having a trade approved system has also meant the Main Roads Heavy Vehicle Department (The Heavy’s), granted Lancelin Sands with a Class 1 Overmass Permit which ensures the operation has met all the requirements for the new AMMS legislation and is able to legally transport extra mass.
“I would have no hesitation in recommending Loadrite Certified Loading Systems to anyone. I am very happy with the Product and also the support from the supplier.”  Kim Riley, Managing Director – Lancelin Sands.
Earlier this year, Kim allowed Main Roads to complete an audit of the trucks departing site. Main Roads set up a test area where each truck would be weighed by an axle weighing system. The audit was to ensure trucks hadn’t been overloaded and confirm the accuracy of the Loadrite weighing systems. Every truck was weighed after being loaded and not one truck was shown to be overloaded which was a not only great result highlighting the accuracy of the Loadrite systems but it also showcased the professionalism of the loader operators at Lancelin Sands.

Further to this audit, Lancelin Sands recently began supplying lime sand to a customer in the South West who conducted their own weight study. The customer weighed every truck that arrived on site over their certified weighbridge. Fifteen loads were transported over three days. The reported variance from the weighbridge to the Loadrite measured weight was less than 1% meaning Lancelin Sands were able to bypass the weighbridge increasing productivity and efficiency and proving the customer was getting what they paid for.

In such a competitive market being able to focus your attention on the important issues and look at the bigger picture to grow your business is far more critical than worrying about over loading trucks due to inaccurate weighing devices. By using trade certified Loadrite systems Lancelin Sands has had the confidence that their front end loaders are highly productive and that each truck that leaves their quarry is loaded with a full payload, thus allowing the business to remain profitable and continue to grow. 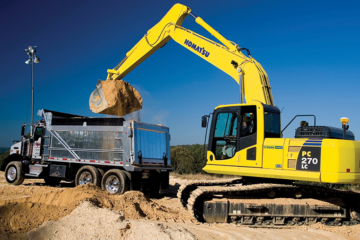 Lenane Holdings is a Geraldton based earthmoving & haulage company specialising in the Oil & Gas and Civil industries. Starting in 1989, the team at Lenane Holding’s has built a reputation for providing reliable, efficient Read more… 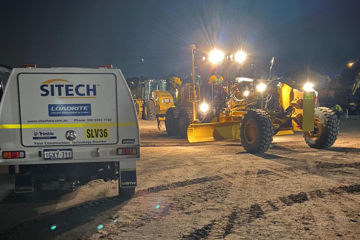 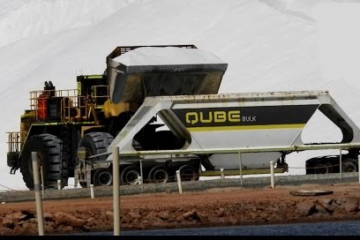 Qube is Australia’s largest integrated provider of import and export logistics services with national operations that provide a broad range of services. The Ports & Bulk division has diversified operations from Port Hedland in the Read more…