In June 2016 SITECH WA provided the expertise of their construction services team to CPB Contractors during a particularly difficult bridge beam lift on the extension of the Mitchell Freeway. The lifts undertaken were successfully completed without incident thanks in large part to the role SITECH WA played along with the assistance of David Davidson, the head Surveyor for the project from CPB.

The project involved 18 Tee-Roff bridge beams being lifted into place over the Joondalup rail line and in very close proximity to a high voltage electrical transmission line. CPB Contractors approached SITECH WA to provide collision avoidance technology that would allow the crane operations team the ability to track the end of two 500 tonne cranes in such a way that neither of the booms entered a designated no go zone near and around the overhead power lines that were in close proximity to the lift.

This avoidance no go zone extended 6 meters in every direction around the outermost power lines, with a 1m buffer for safety. The implication of a boom entering this space could lead to arcing of high voltage electrical power and result in catastrophic results for all working nearby.
SITECH WA’s construction services team had the perfect solution utilising; Trimble SPS985 GNSS receivers, an SPS930 Universal Total Station tracking an MT1000 MultiTrack target, Trimble SCS900 software running on both a 7” and 10” Trimble Tablet all connected using Rajant industrial Wi-Fi equipment.
The Trimble MultiTrack™ MT1000 Target is the only target of its kind in the surveying industry. It has both active and passive tracking and ensures the Total Station always locates and locks on to the target thus preventing occlusion issues from nearby machinery.

The SPS985 is the smallest and toughest GNSS receiver Trimble has ever built. With its enhanced internal shock isolation, the SPS985 is built for high-vibration use on any heavy civil asset. Combined with user-friendly features such as integrated Wi-Fi and wideband radio communications and a quick release connector it is perfect for this type of project.
The combination of both a Total Station and GNSS receivers working in unison allowed the project team to be certain that in the almost 100-hour lift they could be certain that connectivity and tracking of the crane’s boom were never lost.
For the communications component, Rajant was the perfect choice of Wi-Fi communications as Rajant is the only Wi-Fi mesh option that could provide truly continuous mesh coverage to both SPS985’s and their connected Site Tablets.
The Trimble SCS900 Site Controller Software is designed for the construction site, with an easy-to-use graphical interface that enables surveyors, grade checkers, site engineers, and supervisors to do their jobs faster and more efficiently. And more importantly for this project, SCS900 also has the ability to set up avoidance zones to ensure vehicles or people do not operate in areas that are unsafe to do so.

For this project the team connected the all-weather Trimble Tablet with the Total Station and the SPS985’s on each boom, then accurately tracked in real-time, the position of each boom (shown with this symbol v) as the operator swung toward the red no go avoidance zone.
If, as happened once during setup, the boom entered the avoidance zone, the SCS900 software flashed both visual and audible warnings to let the stakeholders know that a potentially dangerous situation had developed.
The beauty of this simple but effective solution is that in the past the stakeholders had to use loose visual indicators for clearance, or stay a long way away from the avoidance zone to ensure safety. It would be safe to say that the solution that SITECH WA’s Construction Services team came up with was not only cutting edge but also highly effective in allowing the crane operations team to set up safely, work in close proximity to the danger zone and to do so in a cost-effective and efficient manner.

Thanks for this project must be warmly extended to our project services team headed up by Marcelino Rodriguez and Jino Carandang with their support crew PJ Singh, Michael Cady, Piero Liscia and Brad Dalton. Thanks to David Davidson from CPB who was instrumental in convincing other stakeholders within CPB Contractors that this solution could not only produce a significant improvement in safety but productivity also – a first for civil construction in Western Australia.
SITECH WA and Trimble, we transform the way that the World Works. 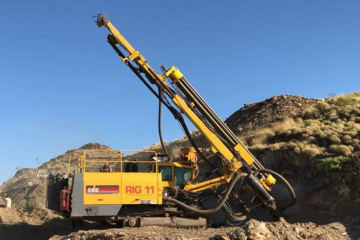 Castle Drilling Company is a Kalgoorlie based drilling contractor. In August this year, they were contracted to conduct an exploration program consisting of 200 holes per day, each at 2.5 metres deep with the aim Read more… 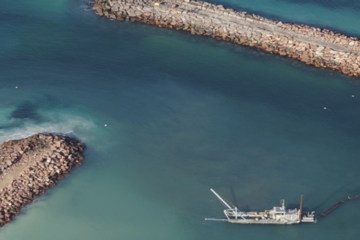 CGC Dredging is a specialist dredging company based in Western Australia that has expertise in mine tailings and marine dredging industries. With operations beginning in 1980, CGC is extremely experienced and well-respected in the industry Read more… 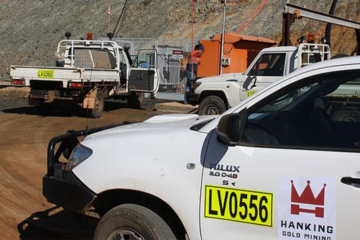 Article by Brian Hardestie of Hanking Mining: Late in 2015 in my position of Hanking Mining’s Senior Surveyor, I contacted SITECH WA to request a trial of their Global Navigation Satellite System’s BeiDou Constellation upgrade Read more…